In pursuit of Rafflesia

As November in Oxford closed with a chill, Oxford Botanic Garden’s Deputy Director and Head of Science, Chris Thorogood, set off for Indonesia in search of a special flower: Rafflesia.

Chris was joined by botanists from the University of the Philippines, Pastor Malabrigo Jr. and Adriane Tobias, and local botanist, Joko Witono from the Research Organization for Life Sciences and Environment, National Research, and Innovation Agency of Indonesia (BRIN). Together they pierced the wildest depths of the Indonesian rainforest, and spoke to local experts and communities to find out more about these elusive giants. The aim of the trip was to explore possibilities for inter-regionally collaborative research on Rafflesia. Many species are threatened with extinction, so a key aim was to establish best practice in conservation. The team now plans to extend the skills and practices they’ve shared, to regions where Rafflesia is particularly at risk, such as the Philippines. The expedition included treks deep into the rainforests to examine natural populations of Rafflesia in the wild – an experience without compare.

Rafflesia is a genus of parasitic plants possessing enormous flowers. One species, which grows in the remote rainforests of Indonesian Sumatra, Rafflesia arnoldii, produces the largest single flower in the world, measuring over a metre across. Commonly known as corpse flowers, Rafflesia’s flowers emit a vile stench of rotting meat. This attracts flies which, duped by the false promise of a carcass to lay their eggs on, inadvertently cross pollinate the flowers.  Rafflesia has no roots, leaves, or stems. It spends its life inside its host plant, only appearing above ground to bloom. Having done away with photosynthesis, it lives entirely at the expense of its host – a tropical vine.

So, there you have it: Rafflesia is both a fraudster and a thief

Why are Rafflesia at risk?

There are about 40 species of Rafflesia in Southeast Asia, and most are under severe threat from habitat destruction. Because of its dependency on other plants, and our inability to grow and conserve the plant easily in botanic gardens, Rafflesia is at particular risk. Conservation is especially important for this rare and special genus of plants – however few people worldwide are working on this.

Opportunities to collaborate on research & conservation

While in Indonesia, Chris Thorogood and his colleagues held meetings, webinars, and workshops dedicated to the research and conservation of Rafflesia. They explored new opportunities to collaborate and establish an international framework for conservation effort.

Experts and stakeholders involved in the discussions included: Sofi Mursidiwarti – a leading expert on the propagation of Rafflesia; Dr Bayu Adjie - Head of Research Centre for Biosystematics and Evolution, BRIN; Dr Andes Hamuraby Rozak - Head of Research Centre for Plant Conservation, Botanic Gardens, and Forestry BRIN; and from the University of Bengkulu in Sumatra, Dr Agus Susatya – an expert on Rafflesia taxonomy; and the academic leads of the Forestry Department, Dr Mulyoto Pangestu and Vice Dean Yansen – and many more besides.

The botanists had the rare and special opportunity to observe Rafflesia in bloom in its natural habitat. From the rainforests of Pangandaran in West Java, to the wet green wilderness of Sumatra – a place ruled by wild elephants and tigers – the team climbed steep escarpments, waded rivers, and travelled by boat in pursuit of these elusive flowers. And guess what? They found them!

Encountering a Rafflesia kemumu deep in the heart of Sumatra’s green wilderness was a life-changing moment for Chris.

‘ I just couldn’t believe what we were setting our eyes on – it was absolutely surreal,’ he said after seeing it.

With their local expert and guide Deki Andriki, they scaled a steep rainforest scarp to discover a specimen in full bloom, measuring over 70 cm across. Over the course of the expedition, the team were lucky to see four species of Rafflesia in the wild: Rafflesia patma, R. kemumu, R. arnoldii, and R. bengkuluensis.

‘We were incredibly lucky. To see Rafflesia just once is special – but to find four species in full bloom is just remarkable,’ Chris explained.

Accompanied by local guides, school groups, teachers, and village leaders, Chris and the botanists were lucky enough to see beautiful specimens of these shy flowers. In North Bengkulu, the team visited Hudan Lindung Bouvenlais and Hutun Lindung Bukit Dan in search Rafflesia. However, they found that the plant had been destroyed for unknown reasons. They met this situation twice – highlighting the importance of their conservation efforts.

‘Now is the time to invest collective effort into conserving these beautiful giants.'

So, what do we do now?
Rafflesia poses more questions than it gives answers. Much of its biology remains a mystery.

Beyond biology, Rafflesia holds a special place in Indonesia’s cultural heritage. It features on Indonesian stamps, signs and buildings, and is a widespread and iconic symbol of rainforests and nature. Internationally, Rafflesia even makes an appearance in the gaming phenomenon, Pokémon, in which it is named ‘Vileplume’. The possibility of losing Rafflesia is as much a threat to culture, as it is to biodiversity. Habitat protection is an urgent priority.

Sharing skills, experience and knowledge among communities, foresters, botanists and conservationists may yet help us secure Rafflesia’s existence. Expeditions such as this are invaluable in forging connections and relationships - joining forces to safeguard the survival of the world’s flora.

‘This was an incredibly successful expedition – and an adventure I’ll never forget,’ continued Chris. ‘And now we’ve established a network of committed botanists, foresters and conservationists, I’m confident we will take bold strides towards saving the world’s largest flowers.’

Want to find out more about Chris Thorogood’s work?

Sit back and let Chris take you on his hair-raising adventures in his winter lecture on 2 February 2023: ‘Chasing Plants’. In this talk, he’ll bring his botanical excursions around the world to life from the comfort of Oxford. He will share his intrepid adventures over death-defying cliff paths, up erupting volcanoes, through typhoons, and out into the very heart of the world's vast, green wilderness. Chris will share his paintings, and along the way, explain the vital work he and the team at OBGA are doing to protect the world's plants.

You can buy tickets to Chris’ talks here. 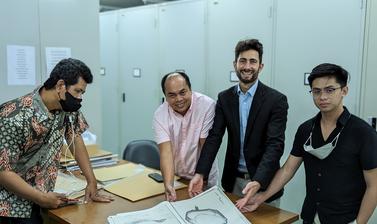 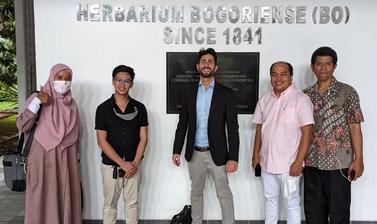 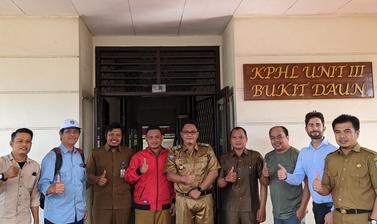 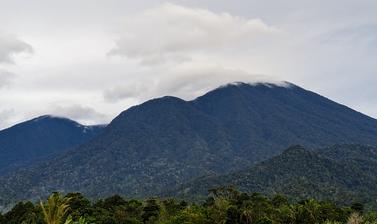 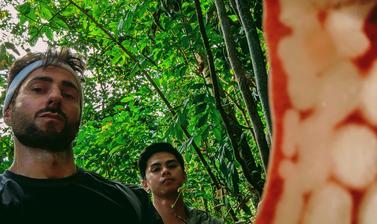 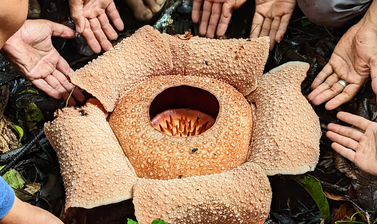